Arsenal CEO Edu has confirmed that arrangements have already been put in place for two deals to take place during the summer transfer window. The Gunners were the most expensive club in the Premier League last summer, with Mikel Arteta starting his own rebuilding process at the Emirates.

Approximately £150 million was spent on six new recruits, with Ben White, Martin Odegaard, and Aaron Ramsdale all establishing themselves as regulars in the first-team squad. Arsenal’s team has unquestionably improved as a result of the new additions, and their victories against Chelsea and Manchester United this season are proof of how far they have gone this season.

A place in the Champions League is still up for grabs in the remaining five games, and they are now in fourth place, one point ahead of rivals Tottenham. Nonetheless, Arteta has said that he wants to see Arsenal challenge for a higher position in the standings, and additional signings are likely this summer. 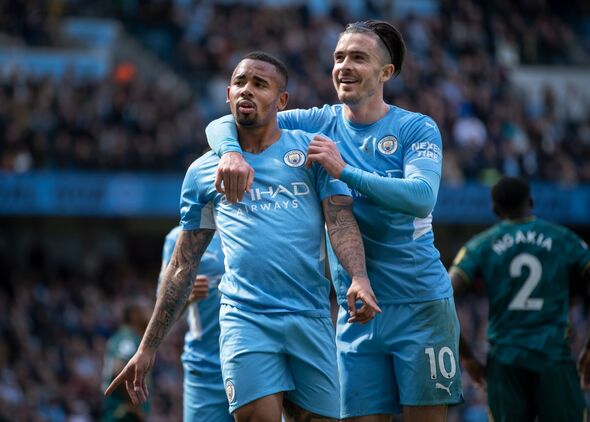 After missing out on Dusan Vlahovic as a successor for Pierre-Emerick Aubameyang in January, it is assumed that at least one striker will be recruited this summer. Edu has also indicated that discussions with the club’s owners have already taken place, with two new arrivals on the horizon for the summer transfer window.

“Our planning has already been done, it has already reached the owners. It’s a matter of step by step, how we are going to finish the season and put in plan the planning that I’m very excited.”

Gabriel Jesus has emerged as a prominent target for Arsenal, with the Manchester City forward’s contract expiring in 2023 and the Gunners looking to replace him. Although reports claim the Brazilian forward has already accepted terms with Arsenal, no conversations have yet taken place with Manchester City.

Despite the fact that Jesus scored four goals in Manchester City’s stunning 5-1 victory against Watford on Saturday, manager Pep Guardiola declined to declare whether or not the club intends to retain hold of the striker beyond this year.

“I want to tell you something; Gabriel [Jesus] is our player,” Guardiola said. “I don’t know what is going to happen, but he is a Man City player.

“When he has days like today, I am the happiest man in the world! Every player is happy when they play 90 minutes all the time but at the end of the season whether he wants to extend, stay or leave, I don’t know or don’t care. We have less than one month.”