Arsenal are reportedly set to be without Thomas Partey for the start of the Premier League season. Partey suffered an ankle injury in the first half of Sunday’s 2-1 pre-season friendly defeat to Chelsea at the Emirates. The Ghana international sustained the problem following a strong challenge from Chelsea midfielder Ruben Loftus-Cheek.

Arteta said on Sunday: “I just had a talk with the doc. He’ll have a scan tomorrow. At the moment it’s not looking good.”

Football.london says Partey will miss the first few weeks of the season with the injury.

Arsenal have been linked with a host of midfielders this summer as Arteta attempts to bounce back on last season’s hugely disappointing performance.

Express Sport looks at four players who Arsenal could bring in following the news on Partey. 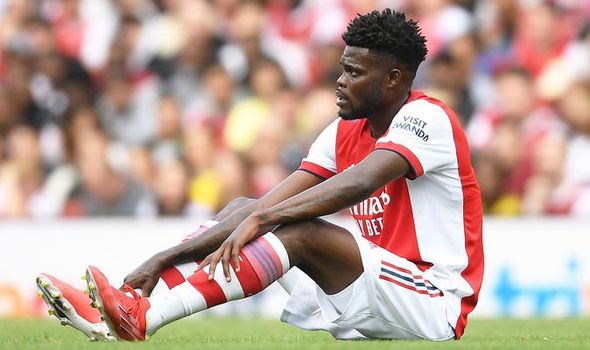 Wolves star Neves emerged as a target for the Gunners earlier this summer.

Manchester United are also said to be interested in signing the Portugal international.

Neves has been an integral part of Wolves’ success since being promoted back to the Premier League.

Having top-flight experience in England could be an attraction to Arteta.

Real Betis star Rodriguez is another potential signing for Arsenal.

Spanish outlet Marca have reported the Gunners’ interest in the Argentine.

Rodriguez only moved to Betis in January 2020 but has done enough to catch the eye of Arteta and the scouting department.

The 27-year-old has won 16 caps for Argentina, scoring one goal. 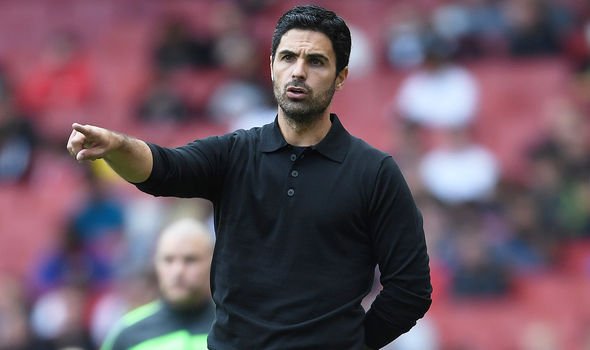 Arsenal were linked with Guimaraes before he joined Lyon 18 months ago.

The Evening Standard says Gunners technical director Edu knows the midfielder from his time in Brazil.

Arsenal have continued to scout Guimaraes, who is currently with the Brazil squad at the Olympics.

However, there is yet to be any official contact with Lyon regarding a move for the 23-year-old.

Reports regarding a move for Brighton star Bissouma have died down considerably in recent months.

Arsenal have already signed one player from Brighton in the shape of Ben White for £50m.

But, like Neves, Bissouma would not have to settle into playing in the Premier League.

Brighton won’t want to lose another of their star players, though the 24-year-old has entered the final two years of his contract at the Amex.