Lautaro Martinez is open to leaving Inter Milan for Arsenal this summer as the Gunners weigh up a move for the Argentina international.

Martinez, 23, is available for transfer this summer as Inter attempt to try and balance their books.

The Gunners, who were in contact with the Serie A side over the sale of Hector Bellerin, have enquired about his availability and expect the forward to be available, should the right offer be placed on the table.

According to The Athletic, it would be a simple deal to complete, with Italian champions Inter desperate for a cash injection as they look to become a more sustainable club.

While Arsenal have long held an interest in signing Martinez – who almost completed a £100million move to Barcelona in the not too distant past – a move has previously been considered unrealistic. 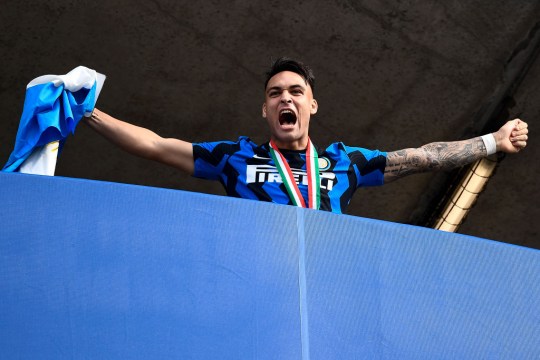 As such, he was not on their original list of summer targets but the opportunity has presented itself to sign him.

Martinez – who won Serie A with his club and the Copa America with his country last season – is open to a transfer to the Premier League and is interested in signing for Arsenal.

He was due for a big salary jump in Milan and had agreed a new contract with the club but their financial restrictions have meant they were unable to sign it off.

A move to Arsenal would see him earn significantly more, with Inter team-mates Romelu Lukaku, Christian Eriksen and Alexis Sanchez all earning more than double the £2.1million-a-year he’s currently paid.

The Gunners are not the only Premier League club who are monitoring Martinez’s situation.

North London rivals Tottenham Hotspur are linked with the Argentine, but only if they end up losing Harry Kane to Manchester City.

For Arsenal, a move could be dependent on Alexandre Lacazette’s future as they look to raise funds.

They mentioned the French striker as part of a potential deal for Martinez, but Inter are only interested in a cash move.