Arsenal transfer chief Edu could be building Mikel Arteta an incredible squad for the start of the Premier League season should he complete three more deals in the coming weeks. Nuno Tavares has already joined, but it appears as though the Gunners are close to bringing in more fresh faces. Express Sport takes a look at the squad Mikel Arteta may have to select from for Arsenal’s first Premier League match against Brentford on August 13.

Arsenal’s goalkeeper situation is something Mikel Arteta is desperate to resolve this summer.

There has been some suggestions that Bernd Leno would be allowed to leave should a suitable offer come in.

But recent reports claim that Sam Johnstone is now a top target for the Gunners with the 28-year-old considered a strong back-up option to Leno.
Arthur Okonkwo is expected to be Arsenal’s third-choice goalkeeper having been promoted to the first team for the upcoming season. 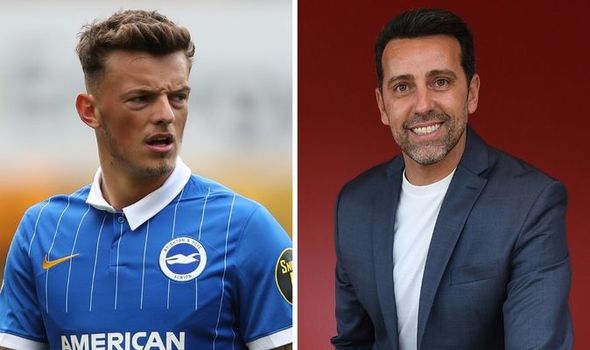 Hector Bellerin looks on his way out of Arsenal, along with Sead Kolasinac, who spent the second half of last season on loan at Schalke.

And there have already been some changes to the Gunners’ back line with Nuno Tavares joining as Arsenal’s first summer signing.

But developments over the weekend have since suggested that a deal to sign Ben White from Brighton is edging closer and a bid for Norwich right-back Max Aarons could be in the pipeline.

White will likely be a regular starter for Arsenal should he join for £50m while Aarons may be seen as the ideal replacement for Bellerin.

Arsenal’s midfield looks set for the biggest change this summer with the likes of Granit Xhaka, Joe Willock, Lucas Torreira and Ainsley Maitland-Niles all expected to leave.

A deal for Albert Sambi Lokonga has reportedly been agreed, although no announcement has been made as of yet.

More incomings may be needed should Arsenal offload a host of their midfield options this summer.

But recent reports have indicated that Arsenal are moving forward in trying to bring Martin Odegaard back from Real Madrid on a permanent basis. 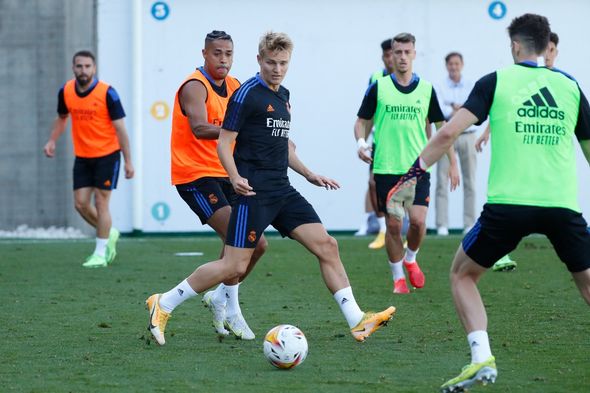 It doesn’t appear as though Arsenal will be bringing in any more forward players this summer, although there have been tentative links with a move for Jack Grealish.

Folarin Balogun looks set for more minutes with the first team this season though after committing his future to the club.

Gabriel Martinelli will also likely be called upon more regularly while Bukayo Saka has often moved into the forward positions.

A decision will need to be made on Alexander Lacazette though, who’s contract expires next year.