Arsenal are going to need quite a few midfielders this summer and they have reportedly reached out to Manchester United about signing one.

In addition to sending Dani Ceballos back to Real Madrid, Arsenal are set to sell Matteo Guendouzi and Granit Xhaka in the very near future.

But Arsenal have touched base with Manchester United about signing Donny van de Beek following his struggles last season after a £40 million move, according to 90 min.

The report adds that the Emirates Stadium club will still want another midfielder even if Yves Bissouma winds up moving to North London.

And it’ll be fascinating to see if it’s Van de Beek.

Well this time of the year is called ‘silly season’ and it’s probably for reasons like this.

It’s no secret that the Dutchman hasn’t been a rip-roaring success at the Red Devils but, by the same token, he’s only been there for 10 months.

United spent £40 million on signing him from Ajax and it’s a substantial enough investment to make the club’s hierarchy persevere for at least one more season. 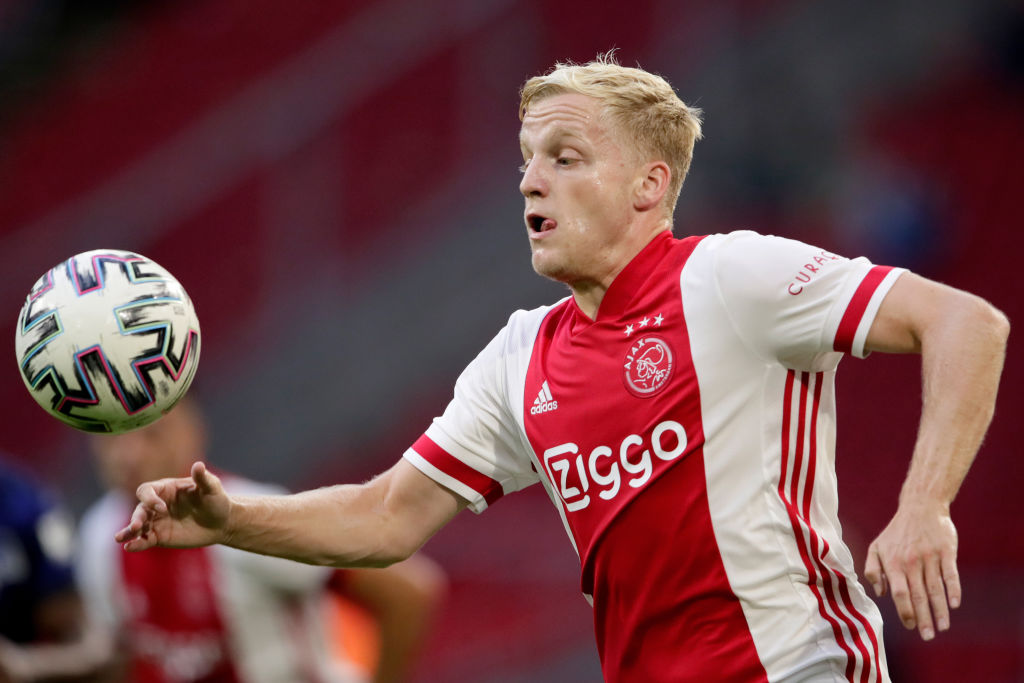 Report: Coach confirms Arsenal target will be allowed to move this summer

Alexis Sanchez: I wanted to return to Arsenal after my first Manchester United training session