Arsenal ‘confident’ over signing £30m midfielder ahead of Tottenham Arsenal are ‘confident’ of winning the race to sign Brighton midfielder Yves Bissouma, according to reports.

Mikel Arteta is keen to strengthen the heart of Arsenal’s midfielder after landing Thomas Partey from Atletico Madrid last summer.

And according to the Daily Star, Arsenal believe they are winning the race to land Bissouma in a £30 million deal.

The report claims that Arteta is a huge admirer of Bissouma, while Arsenal’s hierarchy will press ahead with a move, even if they decide to change managers at the end of the season.

Bissouma will still have two years remaining on his deal with Brighton this summer but the club will be happy to cash in on a player who they signed for £15m in 2018.

It’s understood that Tottenham, West ham and Everton have also made approaches for Bissouma. 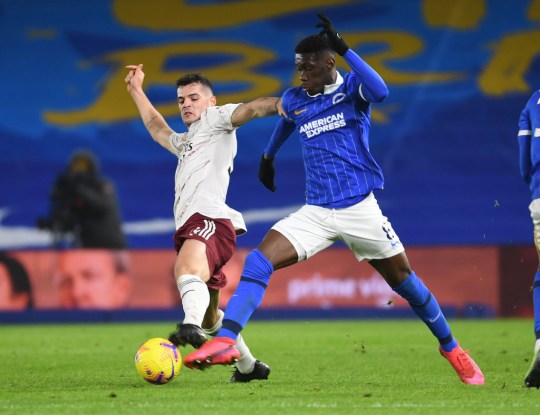 When asked if this summer could be the most important in recent years for Arsenal, Arteta told Sky Sports: ‘Yes.

‘Because a lot of things have happened in the last few transfer windows.

‘There are a lot of players in various situations. It’s crucial.

‘We want to go to the next level and there are a lot of things we need to do to get there.’