Arsenal star Emile Smith Rowe has told Mikel Arteta his best position is at No 10. The youngster has been a shining light amid a difficult campaign for the Gunners. And he’s also praised Bukayo Saka, who has also enjoyed a fine season so far.

Arsenal boss Arteta has relied on his two young guns to help the Gunners turn their season around.

The Spaniard looked destined to be sacked earlier in the campaign but, since then, has helped the club climb up the table.

They also remain in contention to win the Europa League, with Arteta steering them to the quarter-finals of the competition.

And Smith Rowe has now opened up on life at the club, claiming his best position is at No 10 but he’s happy to play anywhere for the team, while also hailing Kieran Tierney as a ‘warrior’.

“But at the same time, because of the way we play at Arsenal, if I am on the wing then the manager is telling me to drift inside and be natural like a No 10 anyway.

“I’m happy to play anywhere, you know? I’m an Arsenal fan. I’ll play wherever I’m needed and it’s good to be versatile.

“It’s a habit for me to come inside if I’m on the left wing.

“That’s also good for KT (Tierney) because he can then get high and wide. We tried to get the ball down there as much as we could against Tottenham.

“Me and KT have such a good bond. We worked on it in training and were both buzzing after the game.

“KT is one of the nicest guys you will ever meet but at the same time, he’s such a warrior. He’s a player who’s got everyone’s back and always wants to win.”

He said: “We’re definitely going in the right direction. With the team we’ve got, I feel like we’re destined for great things.

“Honestly, I don’t think people realise how good Bukayo Saka is, for example. He’s one of the best players I’ve ever played with.

“The manager’s tactics are amazing, too. It’s the little details.

“He’ll tell us how certain moments will go down, how the opposition will react to certain movements we make, and it’ll happen, exactly as he said it.

“When you see little things like that work, it makes you realise how experienced he is, and how much of a top manager he really is.” 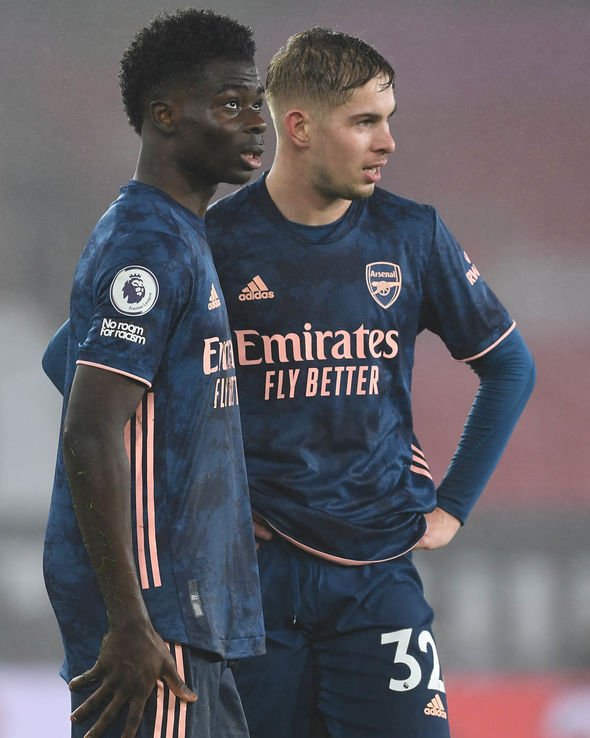 Smith Rowe claims the experienced Arsenal players have helped both himself and Saka throughout their time in the first team so far.

“Definitely. When you’ve got confidence, it shows,” he said.

“I never thought, after one game against Chelsea (a 3-1 win in December 2020), that I’d be starting consecutive Premier League games and becoming important to the team.

“It was definitely a surprise but I always believed in myself to make this dream come true.”

The Arsenal star also believes a loan spell at Huddersfield has been crucial to his development. 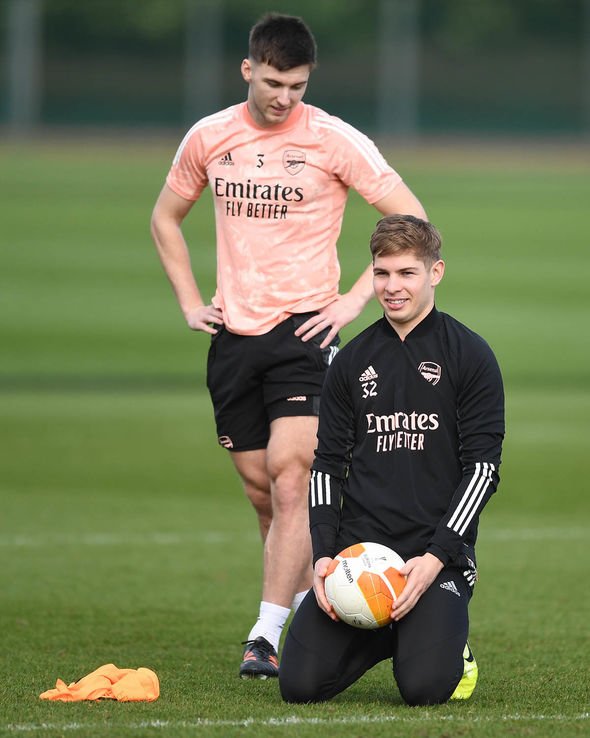 “That was one of the best experiences I’ve ever had,” the playmaker said.

“Honestly. Stepping into Championship football and learning how the league was, how physical it was.

“I mainly played at No 10. Arsenal wanted me to get experience in that position. I had to find time on the ball and I knew when someone was coming to get it off me, they’d come straight through me! But I enjoyed it.

“When I was in the Arsenal academy, Alex Iwobi was breaking through. Ainsley Maitland-Niles, too.

“You look up to those guys and think that if you work hard, you’ll get your chance, too. Seeing that was the best thing for me. It was always my dream to break through with Arsenal.”