Dani Ceballos is coming back to Arsenal on loan. Advanced talks and agreement to be completed soon – as reported by @JLSanchez78.
Arteta has called Ceballos to convince him – three bids turned down to come back to #AFC. Green light from Real Madrid soon. ⚪️🔴 #transfers #Ceballos

Ceballos himself hinted that a move was close after posting a picture of a clock on his Instagram account.

Arsenal have dealt Leeds United a transfer blow by deciding to send Rob Holding on loan to Newcastle United.

Leeds had shown interest in the 24-year-old defender but the Gunners see Newcastle as a better fit.

The deal will be completed this week, according to talkSPORT.

Mesut Ozil has endured a torrid time at Arsenal in recent months after he was shunned by Mikel Arteta.

Ever since Ozil declined a pay cut, he has been on the sidelines and surplus to requirements again at the Emirates.

He plans on staying in London but that hasn’t stopped clubs in Saudi Arabia and Qatar expressing interest in signing the 31-year-old, according to The Telegraph. 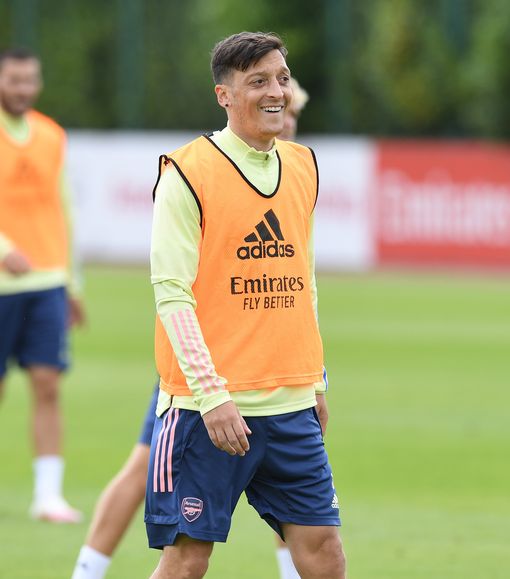 Arsenal are on the verge of confirming the signing of Lille defender Gabriel.

football.london understands that Arsenal have agreed a fee with the French club for the Brazilian’s services and are now putting the finishing touches to the deal before announcing his arrival in North London.

Arsenal are understood to have beaten a plethora of other clubs to his signature, which suggests that it could be quite a coup for the Gunners this summer.

Arsenal are set to complete another loan move for Dani Ceballos this week, according to reports.

Now Arsenal are close to retaining the playmaker’s services for another campaign.