Arsenal face a defining run of games over the next fortnight, which kicks off on Tuesday against Leicester City.

After that they take on Tottenham and Liverpool in the Premier League too, before taking on Manchester City in the FA Cup semi-finals a week on Saturday.

Head coach Mikel Arteta, as a result, will need to manage his squad through those games as Arsenal will have already played seven matches in 21 days after Tuesday’s clash with Leicester.

For the match with the Foxes, Kieran Tierney may drop into a back-three to provide more pace to deal with the likes of Jamie Vardy and that would see Bukayo Saka move to left wing-back.

Hector Bellerin missed out against Wolves on Saturday, but could come in for Cedric Soares – who is still only just back to full fitness.

Up front, Alexandre Lacazette will hope to start after scoring at Molineux and Arteta will be hopeful too that Nicolas Pepe is available after his wife gave birth over the weekend. 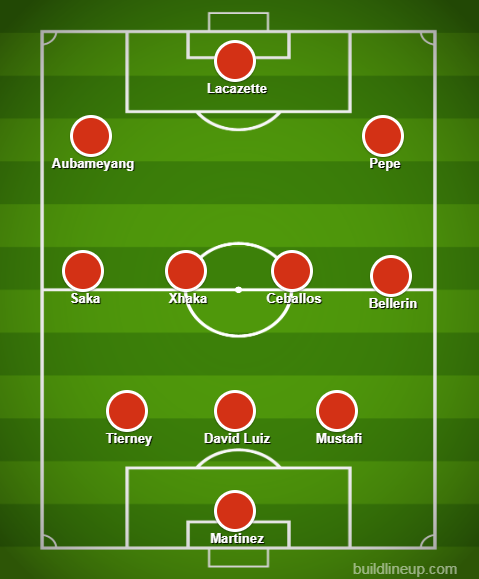