How Did David Luiz Fare On His Arsenal Debut? It is difficult to miss David Luiz.

With his distinctive and extravagant mop of hair, he has been like a beacon no matter what team he has represented – Brazil, Chelsea, Paris St Germain. He always stood out.

This lunchtime the Arsenal fans who used to berate him while he wore the blue of Chelsea now cheered his name.

Just how much of an asset to most surprising signing of the transfer window would be evident at Luiz made his debut at the Emirates.

Against the muscular, no-nonsense approach of Burnley’s Chris Wood and Ashley Barnes, it would be a test, no question.

Luiz has been allocated the number 23 shirt once worn with such distinction by Sol Campbell at Arsenal. Suffice to say a totally different style of defender to the Brazilian, different qualities.

Very difficult to get the better of an aerial duel with Campbell. Luiz offers more with astute and occasionally daring passes. One across the face of his own penalty area in the first half cleared his own goal-line by no more than a yard. It drew, first, gasps of anxiety and then applause. 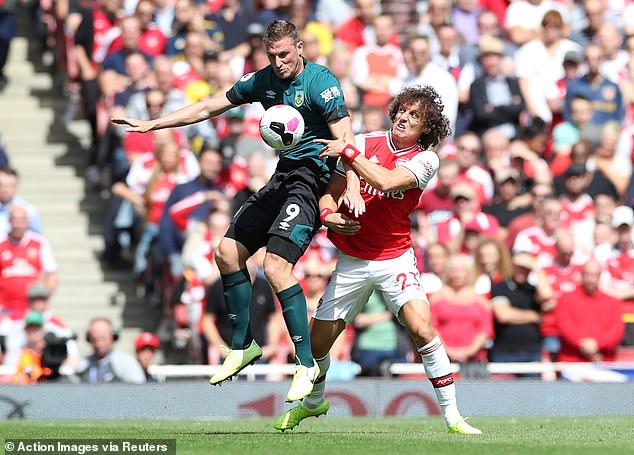 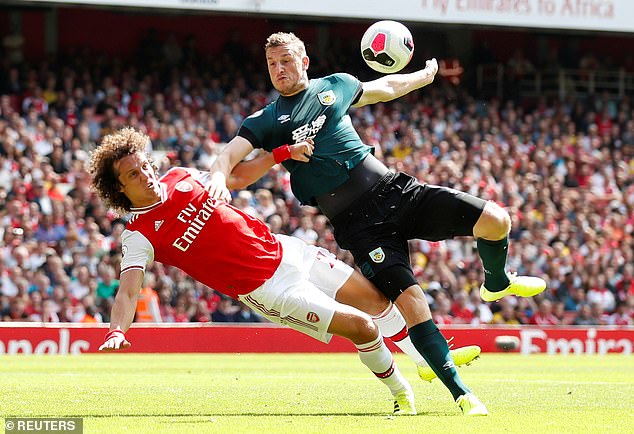 In many ways that is Luiz in a nutshell. He is not afraid of the outrageous. When it comes off, great. When it doesn’t, he is labelled reckless.

But you know what you are getting when you sign him. His style and approach are no secret.

But the concern about Luiz is not his confidence on the ball – he produced a first half cameo near the corner flag of a sequence of step-overs which would have made any striker proud – it is his lack of dominance in the air. 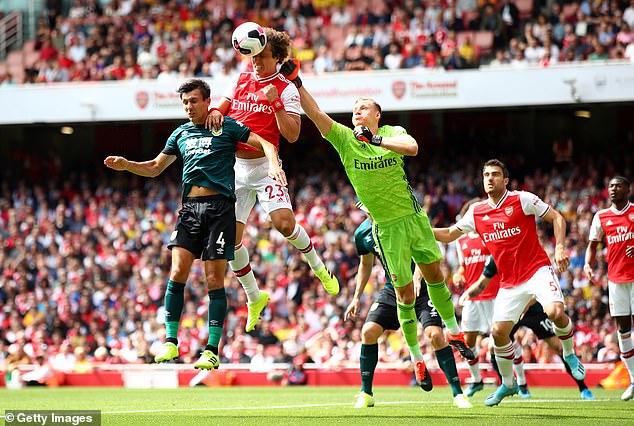 Wood and Barnes are not the sort to take prisoners and Luiz would have known he has been in a game.

But his distribution is at times immaculate. One through ball to Pierre-Emerick Aubameyang in the first half was sensational. Come the hour and a different problem for Luiz. Off went Wood and on came Jay Rodriguez. A touch more subtle and more dangerous on the ground.

What Luiz most certainly does not lack is verbal authority. A new boy he may be but he clearly dos not need tablets to cure any shyness.

He frequently urged and cajoled his fellow defenders to concentrate more to repel Burnley’s forays forward.

As a presence, Luiz lacks nothing. Possession is his forte, no question. A to be fair, he looked comfortable in the friendly surrounds of the Emirates.

But the next contest will be a totally different and very hostile environment. It is Liverpool at Anfield. More searching questions will be asked on Merseyside next Saturday evening.