Last season’s Golden Boot winner Pierre-Emerick Aubameyang opened his account for the 2019-20 campaign with a second half strike to give Arsenal a 1-0 victory over Newcastle United at St James’ Park.

The Gabon star’s effort was enough to get the Gunners’ season off to the perfect start, and ensure there was no fairytale starts to Steve Bruce’s reign in the Toon dugout.

Bruce gave a Premier League debut to new club record signing Joelinton in attack, but Unai Emery opted against including any of his summer arrivals from the off, instead handing youngsters Joe Willock and Reiss Nelson the chance to impress after promising preseasons.

In the pouring north-east rain, it was a drab opening 45 minutes. Jonjo Shelvey came closest to finding a breakthrough, rattling the outside of the post with a deflected volley, while Joelinton glanced wide with a sharp near post header, before shooting straight at Bernd Leno after a clever dummy.

Miguel Almiron was booked for a penalty area dive so blatant that referee Martin Atkinson didn’t need to give VAR its first involvement, though Newcastle skipper Jamaal Lascelles somehow escaped the same punishment after hauling Willock down to halt an Arsenal break.

Chances for the away side were few and far between, not helped by Henrikh Mkhitaryan having a stinker of a half in possession and blazing over the bar from close range, though he did tee-up Aubameyang to test Martin Dubravka with a lovely clipped ball over the top.

The Armenian was perhaps fortunate not to be the victim of one of Emery’s half-time substitutions, and the second half began in similar fashion, with neither side able to fashion a clear chance until, just before the hour mark, the Newcastle back line went AWOL to gift Arsenal the opener.

It came from Ainsley Maitland-Niles, given too much space wide on the right after nicking possession, but nothing in comparison to the acres offered to Aubameyang as he galloped into the middle completely unmarked to control the cross and lift beyond Dubravka.

Emery sent on Real Madrid loanee Dani Ceballos for his Arsenal debut to try and press home the advantage, and he was soon joined by £72million arrival Nicolas Pepe. 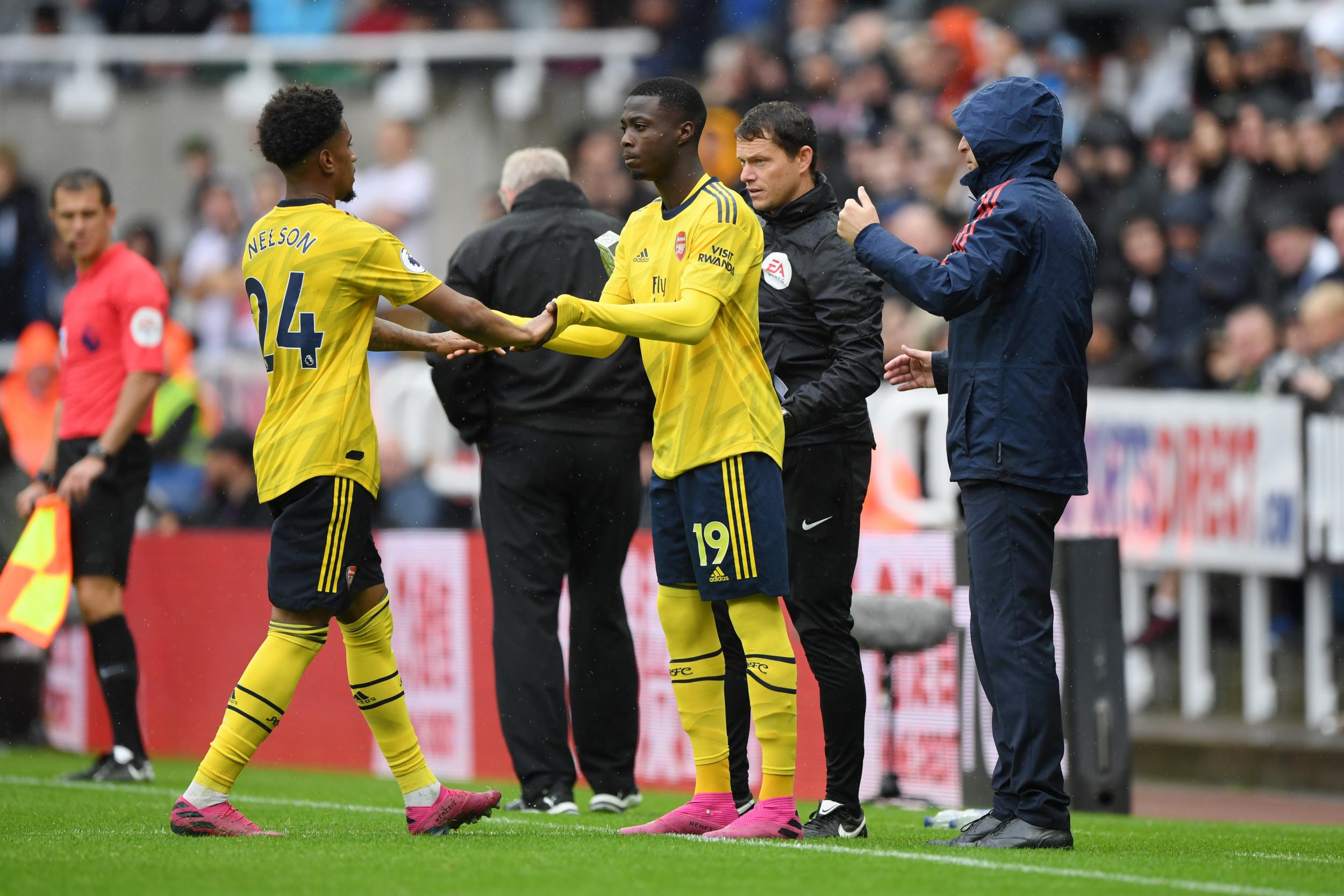 The hosts were deflated, and bar a tame effort from debutant Allan Saint-Maximin did little to threaten a leveller.

Arsenal face Burnley next at the Emirates.