Arsenal look set to be without Alexandre Lacazette for their penultimate pre-season friendly fixture of the summer away to Angers on Wednesday.

The French striker twisted his ankle during Sunday’s Emirates Cup defeat by former club Lyon and left the stadium in a protective boot, sparking concern among supporters with the first match of the new Premier League season at Newcastle now less than a fortnight away. 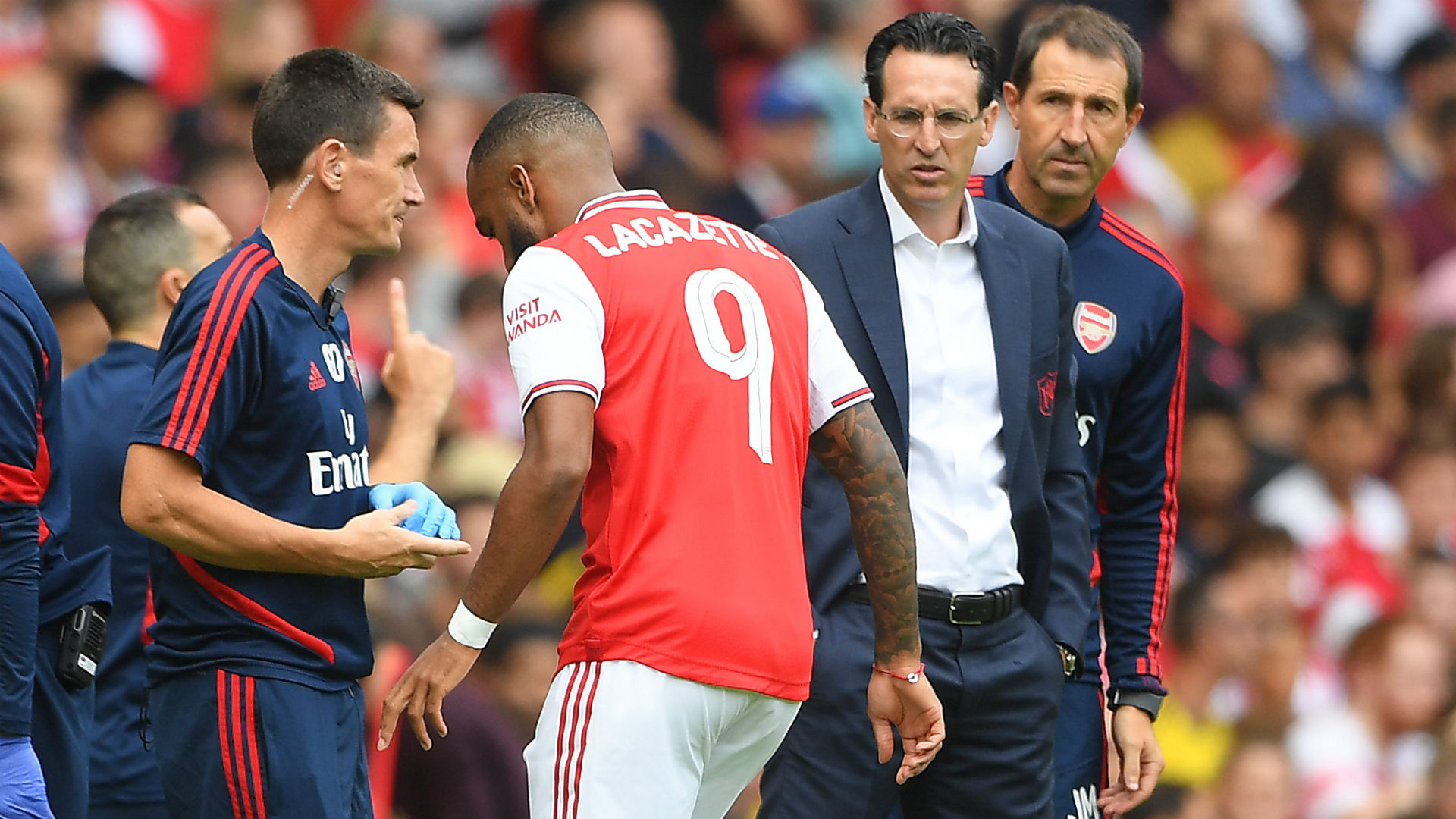 However, Lacazette and manager Unai Emery were both optimistic about the injury and the prospect of a swift return and Arsenal medical staff will assess the issue over the next few days.

While Lacazette is very likely to miss out, however, Dani Ceballos could make his first start in Gunners colours at the Stade Raymond Kopa in western France after the Real Madrid loanee came off the bench for his debut against Lyon.

Laurent Koscielny will not play as his apparent stand-off with Arsenal continues, while it remains to be seen if Mesut Ozil and Sead Kolasinac will return having been left out of the squad at the weekend after being targeted in an attempted car-jacking.

Hector Bellerin, ​Rob Holding, Konstantinos Mavropanos and Emile Smith Rowe are not ready to return yet.

Emery could decide to rotate his side against a team that finished 13th in Ligue 1 last term and Shkodran Mustafi could potentially miss out amid rumours regarding a potential transfer to Monaco. The Spaniard might have thoughts of rotating to save some fresh legs for a much sterner contest against Barcelona on Sunday.

Fans itching to see Nicolas Pepe in action will have to wait a little longer, with Arsenal – who meet Barcelona in the 54th edition of the Joan Gamper Trophy on Sunday – expected to wrap up a club-record £72million deal for the Lille winger by the weekend.

Angers are expected to field a familiar face to the Gunners faithful in the form of Jeff Reine-Adelaide, who left the Emirates Stadium on a permanent basis in 2018 after a successful loan stint with Les Scoistes.