Unai Emery has confirmed that Alexandre Lacazette’s ankle injury is ‘not serious’ after the forward was forced off in the first half of Arsenal’s 2-1 defeat to Lyon at the Emirates Cup.

Lacazette appeared to role his ankle while trying to evade a challenge in the 13th minute against Lyon and the 28-year-old required treatment before hobbling off the pitch. Reiss Nelson came on to replace Lacazette for the remainder of the clash, but it’s understood the substitution was made as a precaution with Arsenal confident the Frenchman will make a speedy recovery.

The Gunners started promisingly, with Pierre-Emerick Aubameyang finishing well to open the scoring, but a quickfire brace from second-half substitute Moussa Dembele gave Lyon the victory.

On the signing of Nicolas Pepe,  Emery insisted Arsenal are working to sign players ‘who will improve the squad’ amid speculation the Ivorian is on the verge of completing a £72million transfer to the north London club.

The Spaniard was reportedly working with a meagre £45million budget having failed to mastermind a return to the Champions League following last season’s capitulation during the run-in.

After a meeting with the club’s owners in America last week, Emery appears to have been granted the funds required to significantly bolster his squad in what remains of the summer window. 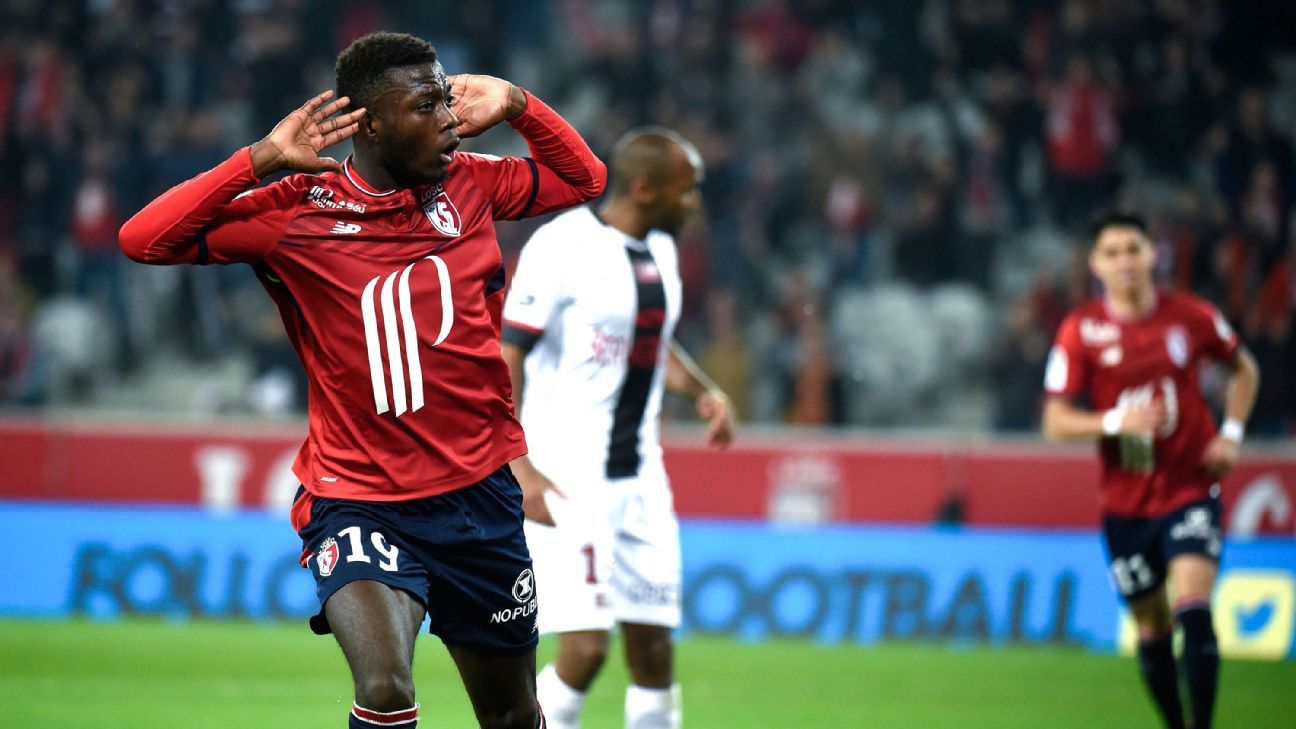 Napoli, too, maintain a strong interest in Pepe, but Arsenal are understood to be the Ivory Coast international’s preferred destination and only agreement with his representatives needs to be finalised before confirmation of the deal is announced early next week.

‘Pepe is a very good player and we are only thinking of players to improve this squad,’ said Emery after Arsenal’s 2-1 defeat against Lyon in the Emirates Cup. After Reiss Nelson and another summer signing, Gabriel Martinelli, impressed against the Ligue 1 side Emery was pressed again on whether a new winger represented a key requirement. ‘Again, we really want players who make the squad better than last year,’ he added.

Injury Update On Lacazette Ahead Of The New Premier League Season