So things are a bit calmer in the fanbase at the moment.

The announcements of William Saliba and Dani Ceballos yesterday eased of a lot of unrest over a lack of transfer activity at the club.

Although we the fans do know the club can do better and we’re still hopeful for a “marquee” signing.

While we await a final breakthrough with Tierney and potentially a deal for either of Wilfried Zaha or a much more affordable Everton Soares, let’s take a little trip down memory lane.

Arsenal are a club noted for the titles it has won over the course of its history, for a long list of top-class players who have graced its team-sheets and for being in the top flight of English football for the longest consecutive period of any team in history.

Naturally, along the way, the Gunners have picked up a tremendous amount of silverware in the form of cups, have contested for league championships and have played in big, memorable matches—plenty of which have yielded goals to be passed on and referred to down the years.

This is in no way an official list of any sort. Just a compilation of iconic goals scored over the years that were significant to the club’s history or were just simply brilliant to watch.

Here are 20 of the most iconic goals scored in Arsenal’s history.

Kicking off the list is Michael Thomas, scoring a late, late winner at Anfield in 1989.

It wasn’t just a late winner for the match; it was the last game of the season—and sealed Arsenal the league title.

They were already 1-0 up, but even that result was enough for Liverpool to win the league. Only a 2-0 win would have done for the Gunners, and Thomas scored the second deep into injury time. 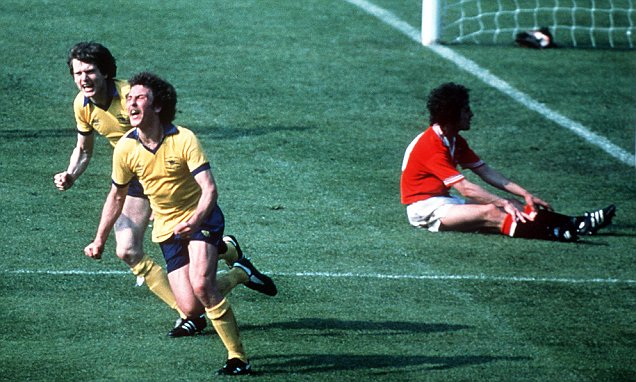 Another of Arsenal’s famous late goals is Alan Sunderland scoring in the last minute of the FA Cup final at Wembley.

The Gunners had led 2-0 until the last five minutes, when rivals Manchester United fought back to score twice late on and level the match.

Cue Liam Brady’s run and a deep cross to the far post which found Sunderland lurking—and an 89th-minute winner to lift the cup for the Gunners. 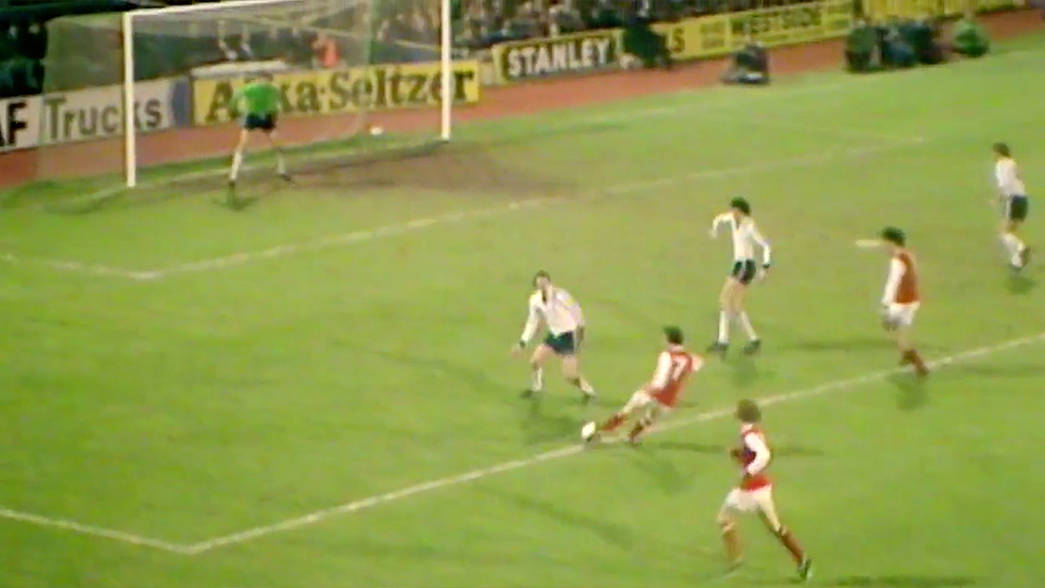 Liam Brady is one of the greatest players to have taken to the field for Arsenal and scored his share of goals from midfield before heading to Italy.

One of his finest and perhaps his most noted goal was a sublime curling effort into the top corner in a 5-0 demolishing of local rivals Tottenham Hotspur. Brady scored this stunner in 1978, 18 months before he departed the club.