Ozil And Kolasinac Attacked By Thugs In Failed Robbery Attempt Arsenal stars Mesut Ozil and Sead Kolasinac were attacked by knife-wielding moped thugs as the players drove through north London this afternoon.

Ozil was seen racing along Golders Green Road in his black Mercedes G-Class SUV, pursued by two thugs on mopeds.

The Gunners Bosnian international Kolasinac is seen on footage leaping from the £100,000 car and going after the armed gangsters with his bare hands.

Ozil abandoned his car in the middle of the road and fled on foot, ducking into the Turkish restaurant Likya. 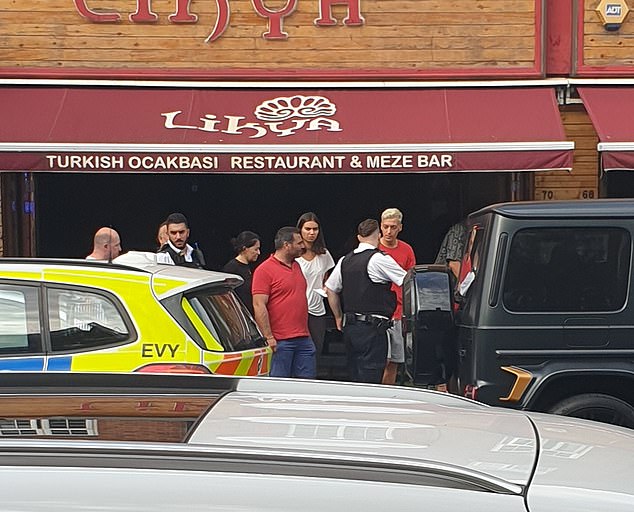 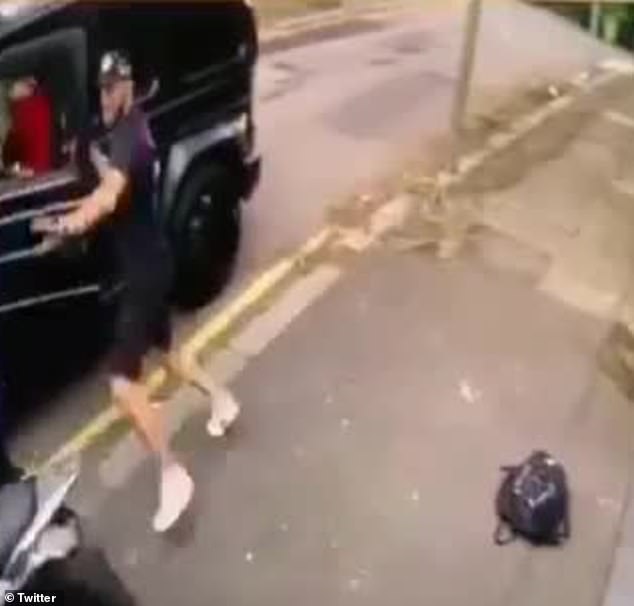 Waiters and chefs rushed to the footballer’s defence, spilling out onto the street and chasing away the attackers.

Police were on the scene within minutes, questioning the midfield ace on the pavement outside the restaurant in scenes that were captured on camera by bystanders.

Financial worker Azuka Alintah, 36, who lives nearby, was out shopping for food when he noticed the commotion.

‘It was totally mad and strange,’ he told MailOnline. ‘His car was standing there empty in the middle of the road with its door hanging open. It is very distinctive, with gold trim.

‘Ozil looked absolutely terrified, as anybody would after being chased by men with knives. He looked like he was running for his life. And I suppose he was.

‘I saw him disappear into the restaurant with the motorcycle guys on his tail. They didn’t take off their helmets and were all in black, wearing long sleeved tops in this hot weather. They stood out. It was really creepy.

‘God knows what would have happened if they’d caught him. It looked to me like he’d have been hacked to shreds and he clearly thought so too.

‘As soon as the restaurant staff started to come to the window and to the doorway, they turned around and roared off. The police were there shortly afterwards and the road was almost blocked off.’

He added: ‘It was totally surreal, just surreal and strange. You don’t expect something like that to happen at any time, particularly the mid-afternoon.’

The manager of the restaurant, who asked not to be named, confirmed the incident but said he had no comment to make.

A Metropolitan Police spokesman said today: ‘Police were called to Platts Lane, NW3, shortly before 5pm on Thursday July 25 to reports of an attempted robbery.

‘It was reported that suspects on motorbikes had attempted to rob a man who was driving a car.

‘The driver, along with his passenger, managed to get away unharmed and travelled to a restaurant in Golders Green, where they were spoken to by officers. There have been no arrests. Enquiries continue.’

Ozil and Kolasinac Return to Training After Security Incidents