Mesut Ozil’s new hairstyle has certainly grabbed the headlines – as much so as the intense speculation regarding his future at Arsenal.

Ozil, 30, has been heavily linked with a move away from the Emirates this summer, but as preparations gear towards the 2019/20 campaign the mercurial playmaker remains on the club’s books. 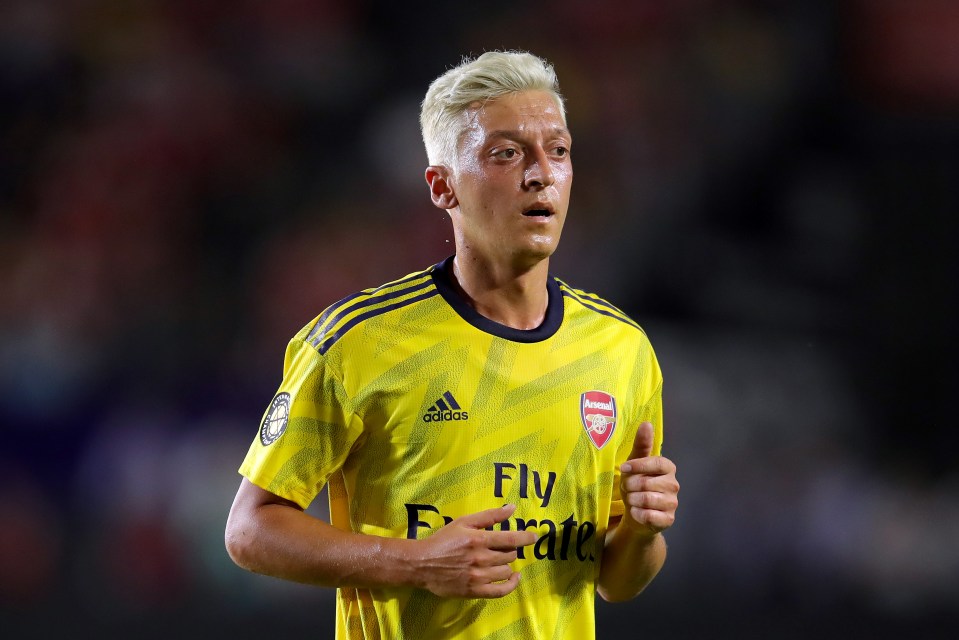 And there has been a noticeable change to Ozil’s appearance during the north London side’s pre-season tour of the United States – dying his hair blonde after Shkodran Mustafi, Sead Kolasinac and himself lost a ‘crossbar’ challenge – eventually won by Alexandre Lacazette.

“It was a bet between me Lacazette, Shkodran and Sead Kolasinac. It was crossbar challenging and Lacazette was the winner.

We were the losers, me, Sead and Mustafi and the bet was to change the hair a different colour.

So what I did was blonde, Sead green and Mustafi tried something different but in the end of dying he was  unhappy and changed the colour of his hair back so that is what happened, that’s it”

“They (team mates) really like it but for me if I am waking up in the morning, it looks different because I had always dark hair but now I really like it so I don’t know if I will keep this hair in London, I don’t know but right now I am OK with that.”

Ozil impressed as Arsenal secured a 2-1 win over Bayern Munich in their International Champions Cup clash, with Eddie Nketiah scoring the decisive goal late on for the team.

And the former Germany international has tipped a bright future for many of Arsenal’s youngsters, heaping praise on the likes of Joe Willock and Emile Smith-Rowe. He added: “Right now we have a lot of young players and yesterday Joe Willock plays with us, he really showed his quality and Eddie everyone knows Eddie in the team.

“He is fighting hard and wants to help us and Reiss [Nelson]. He had a lot of experience in Germany.

“He played very well during the season over there so those people, those kind of players, especially young players will help us a lot.

“Don’t forget Emile. He is a little bit injured so he is coming back, we know his quality as well.

“At Arsenal I think we are lucky to have those young players.”

Ozil and Kolasinac Return to Training After Security Incidents