Arsenal are two games in to their pre-season tour of the United States. One that the team came through with flying colours as Eddie Nketiah climbed off the bench to net an 88th minute goal to seal a 2-1 victory in the International Champions Cup tournament. 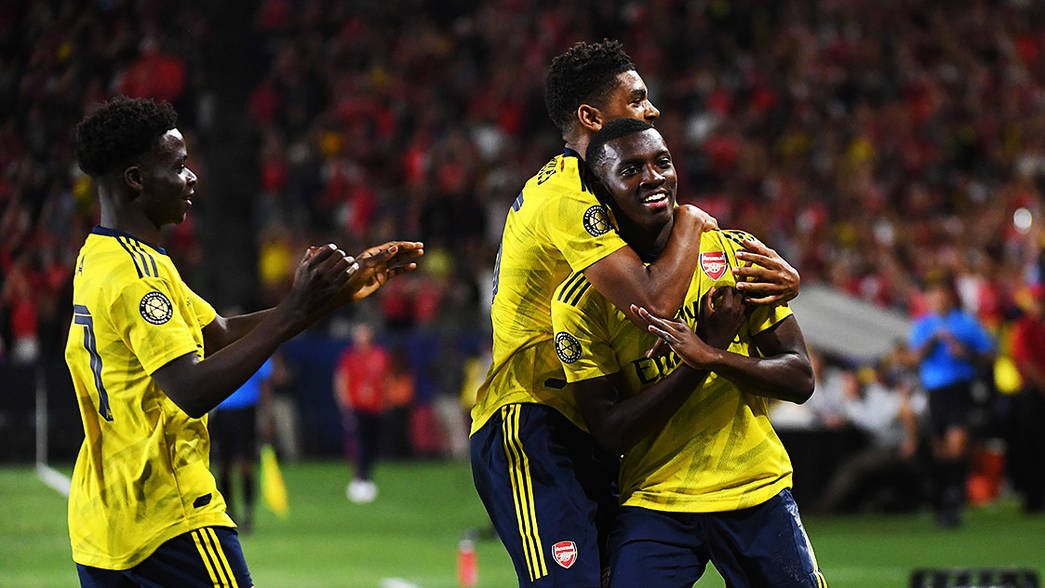 The Spaniard has been able to field all but four members of his 29-man squad in America thus far.

Hector Bellerin, Rob Holding, Emile Smith Rowe and Konstantinos Mavropanos are all using the trip to get back to full fitness following injury, although the latter was on the bench against Bayern.

It has been reported that Bellerin and Holding are both making good progress from their respective serious knee issues.

In fact, the Spaniard stepped up his rehabilitation by kicking a ball again for the first the in 177 days since suffering that knee injury and spent Tuesday evening (US time) in a pub surrounded by Arsenal fans watching the team win against the Rapids.

Meanwhile, Holding has recently taken part in a full training session and the Daily Mirror claim he is in contention to return against Newcastle United on the opening weekend of the new Premier League season.

Although, the good people at PhysioRoom.com have pencilled the central defender to return on September 15 and Bellerin is expected to return at the end of the same month.