Arsenal’s ongoing interest in Crystal Palace forward Wilfried Zaha is yet to reach anything close to a breakthrough, so much so that the club are ready to switch targets back to Ryan Fraser.

The club were keen on signing the Scotland international earlier in the summer for a fee around £25m before switching their attentions towards Zaha. But Palace’s hardball line combined with Arsenal’s extremely low offer has caused a change of heart among the club’s hierarchy, according to the Sunday Mirror.

The report claims that Arsenal are ready to go back in for Fraser this month, only if Zaha is out of their reach. 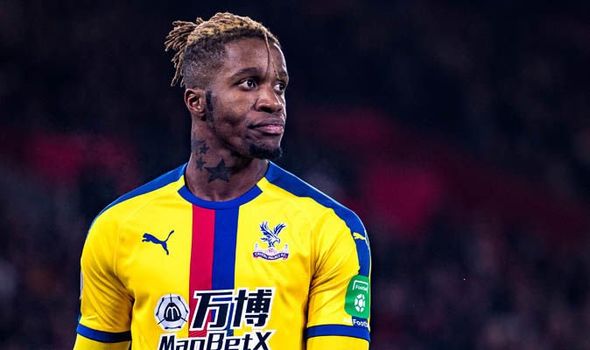 Zaha meanwhile has broken his silence on reports linking him with a move away from Palace after the club swiftly rejected a £40m offer for him.

“The only thing that’s on my mind right now is trying to win this cup,” said Zaha, who scored twice as Ivory Coast qualified for the last 16 of the Africa Cup of Nations.

When pressed on whether he wanted to play for Arsenal, he added: “I don’t know. We’ll see in the future.”

The forward then said on Twitter: “Whatever happened to speaking facts? It’s sad and annoying how anyone will just open their mouth and speak on things or situations they know absolutely nothing about.”

Another alternative to Zaha is Barcelona’s Malcom . The Gunners came close to signing the 22-year-old Brazilian last summer and have been offered the opportunity to do so again after a stuttering season with the Spanish champions.

Click next page to read on Tierney, Vasquez And Ozil